What do you really know about Donbass? (Other than what you read in the news)

At the screening of Donbass – the latest feature film by Ukrainian documentary director Sergey Loznitsa, at the Ljubljana International Film Festival in November – two elderly persons were sitting in the row in front of me. Watching the closing credits rolling on the screen, the person on the right turned to the one on the left saying: «Wait, what? These were all actors? Wasn‘t this a documentary?»

Actually, it‘s quite the opposite. Loznitsa‘s new film explores the factual conflict raging in Donbass – a region in the Eastern part of Ukraine – between Ukraine and the Russian-supported Donetsk People’s Republic. But the film‘s thirteen segments are as fictitious as they can be: armed conflicts, crimes and looting perpetrated by separatist gangs are all mixed up. War is called peace, propaganda is erected to truth, and hatred claims to be love. Loznitsa’s journey through the Donbass region is composed of a series of crazy adventures in which the grotesque and the tragic merge.

Sergey Loznitsa is a former mathematician, an expert in artificial intelligence and a translator from Japanese, and recently also a prolific director of documentary and feature films. To be involved in both documentary and fiction production is a rather unconventional combination for a filmmaker, but for Loznitsa this seems the only logical thing since the thin line between fiction and facts is one of the main topics of his oeuvre.

In Donbass, he is applying documentary approaches (such as shooting on location by using a hand held camera, loose narrative structure, and the lack of main protagonist) in what is all a fiction movie. He is doing so to portray the notorious Donbass region as a reality where separating facts from fiction – or simply figuring out what is going on – is difficult, not only for the overall international community, but also for the people living there. 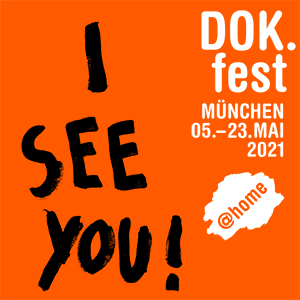 In this way, he avoids simplified denunciations of lies and manipulations, and the need of taking «the right» position. Instead he manages to visualise the film’s main point, that is: there is no «fake» news and no «true» news, because, simply, everything is scripted. Still, this does not imply that reality doesn’t matter.

Documentary film scholars have recently been pondering the failure of the documentary, but in Donbass, Loznitsa has proved the opposite. The language and the methods of documentary film in general are even becoming increasingly useful for the feature film.

«There is no «fake»news and no «true» news because, simply, everything is scripted. Still, this does not imply that the reality doesn‘t matter.»

The use of hybrid documentary and fiction forms is not completely new in the history of cinema. Directors of the Yugoslav Black Wave film movement often used documentary footage in their feature films. One of the most celebrated cases in this genre is W.R.: Mysteries of the Organism (W.R. – Misterije organizma, 1971) by Dusan Makavejev. In similarity to Loznitsa, the applied filmmaking strategy that characterised the film directors belonging to this movement was a response to their political environment.

The public discourse in the former communist states of Eastern Europe relied on an intrinsic gap between words and deeds with those in power: proclaiming one thing (say, power to the people or the freedom of expression) and practicing another (power of the communist party elites or strict control of what was being said in public).

Political criticism was often expressed, not by criticising the public announcements of those in power, but by eagerly repeating these proclamations. This form of communication became known as «ironic over-identification» – meaning that irony was used as a tool of expression while also using a language that would signify the opposite. In ironic over-identification you identified with what you wanted to oppose in an openly exaggerated manner .

Musicians have also utilised this form of communication. An excellent example is the Slovene musical group Laibach that was developing techniques of ironic over-identification since the early 1980s: from the ‘goose stepping’ in their videos, to the military uniforms worn by the group members. The name of the group is also the former German name for the Slovenian capital Ljubljana, and all together this indicated their totalitarian identity. The group members were indeed prosecuted for presumably promoting Nazi ideology, but actually they were criticising the totalitarianism of the communist power by ironically over-identifying with it.

«Contrary to the premise of The Matrix dilemma between the blue and red pill – «mediatization of the lifeworld does not have an exit.»»

Another example is the notorious televised hoax by Soviet musician Sergey Kuryokhin and reporter Sergey Sholokhov that was broadcast as an interview on the television program Pyatoe Koleso (The Fifth Wheel) in 1991. Kuryokhin, impersonating an historian, narrated his findings that Vladimir Lenin consumed large quantities of psychedelic mushrooms and eventually became a mushroom himself.

The old couple‘s comment following the screening of Donbass in Ljubljana is also a form of ironic over-identification in that saying, «This must be a documentary since it all looks so real!» is actually a criticism of the portrayed evil by the enthusiastic willingness to accept it as reality.

The viewers’ comment is a useful example because it points to the importance of paying attention to forms of communication – from not talking openly about politics in public, to reading «between the lines». That is, the ability to understand what is meant by something that is not expressed explicitly or openly.

This has been an intrinsic part of media literacy in former socialist states of Eastern Europe.  In my opinion, this is also the greatest advantage of Loznitsa’s film: it invites its public to reflect on what it knows about Donbass, and how it knows what it knows in the first place.

Media as an invisible part of our daily lives

My colleagues at MTR have already pointed out that Donbass is not only a sharp political critique of Russian involvement in Ukraine, but also a «surreal take on the war as a warped hellscape of media manipulation»” (See Carmen Gray‘s review of Their Own Republic).

Here lies the film’s universal relevance and appeal. It has been generally accepted that our everyday life has been «mediatized», that is, the media have become an invisible part of our life. They are the infrastructures of everyday interactions. This alerts us to their profound prominence, but also presents us with a challenge. As the media disappeared into the lifeworld (the self-evident universe, cf. Edmund Husserl),  how can we still see them, and how can we reflect on such a mediatized world in traditional media – say, the cinema?

Contrary to the premise of The Matrix (1999) dilemma between the blue and red pill, «mediatization of the lifeworld does not have an exit.» It poses, in the words of Mark Deuze (the scholar who coined the term): «a new ethical and aesthetic challenge considering our being in the world.»

The greatest value of the film Donbass is that it reminds us of this challenge.

Thank you for reading. You have now read 544 reviews and articles (beside industry news), so could we please ask you to consider a subscription? For 9 euro, you will support us, get access to all our online and future printed magazines – and get your own profile page (director, producer, festival …) to connected articles. Also remember you can follow us on Facebook or with our newsletter.

Melita Zajc
Our regular contributor. Zajc is a media anthropologist and philosopher.

What they didn’t learn in school

CONTROL: Years after its fall, the remains of the GDR socialist education are pasted over, hidden, and forgotten.
Read more
Documentary

The limits of artificial intelligence

Karel Vachek: Films just have to make you laugh!

Director Karel Vachek just died, so we publish this interview. Fifty years after Prague Spring and thirty years after the Velvet Revolution, he looked back on the evolution of our society and predicts a transformation to direct democracy.
Read more
Documentary

Read more
BIOGRAPHY: The Fourth Window (dir: Yair Qedar)The dark side behind the international success story of Ams Oz, a symbol of the Israeli conscience and literary superstar
Read more
FAMILY: Children of The Enemy (dir: Gorki Glaser-Müller)European governments still refuse to repatriate their state members, including their children
Read more
LIFE: Echoes of the Invisible (dir: Steve Elkins)All things seen and unseen are connected despite a world of noise and division, even if on Earth’s most extreme environments.
Read more
CAPITALISM: The New Corporation: The Unfortunately Necessary Sequel (dir: Joel Bakan, …)Essential viewing for the coming global revolution.
Read more
FASCISM: Our Beds Are Burning (dir: Igal Bursztyn)Since the beginnings of the 20th Century, fascist ideals have emerged from many places one may not expect.
Read more
CONTROL: Users (dir: Natalia Almada)A dystopic visual essay reflecting on the filmmaker’s children’s future in a technological world.